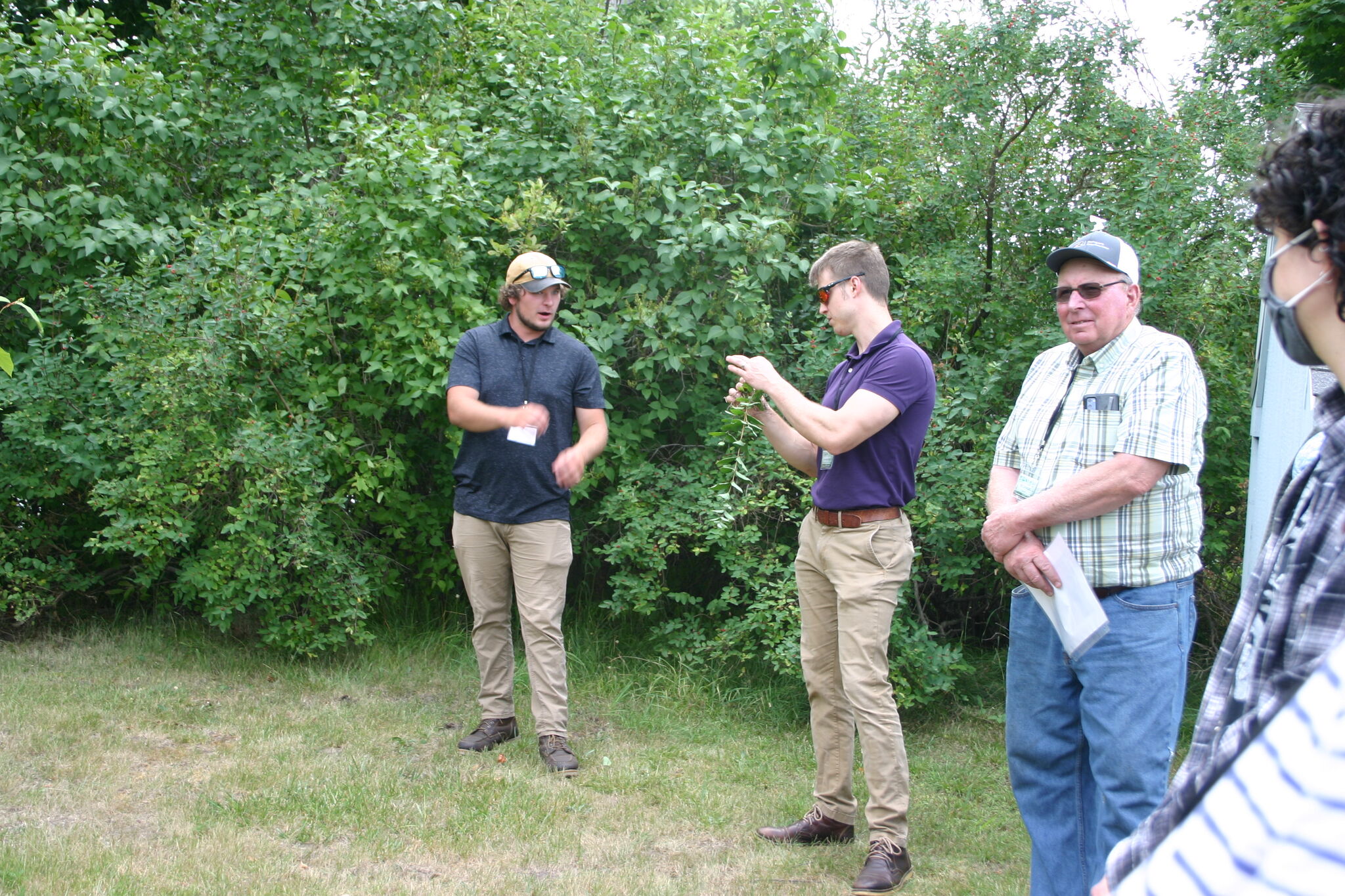 Editor’s Note: This is part of a series of stories about programs offered by the Mecosta Conservation District to help local landowners manage land and conserve resources. Pioneering journalist Cathie Crew recently joined the Conservation District Bus Tour to learn more about these programs.

MECOSTA COUNTY – If you’ve ever wondered what the Mecosta County Conservation District does, the annual bus tour is a great way to learn about the many programs they have to help local property owners.

The program has three main objectives, which are,

“The state has made efforts to ensure that the entire state has CISMA coverage to address invasive species,” said program coordinator Vicki Sawicki. “We do all kinds of things. We advise property owners on how to control invasive species on their property, we have a strike team to hire that works at cost, and we do a lot of outreach.

In addition, she said, the program partners with the Big Rapids Department of Public Works and area highway commissions to help control invasive species along highways and on public lands.

During the bus tour, Sawicki pointed out different types of invasive species that the homeowner should watch out for, including sky tree and Japanese knotweed.

To recognize Tree of Heaven, Sawicki said, you can look for a spur on the bottom of the leaves where there are small glands.

“If you press on it (the gland), it smells strongly of peanut butter,” she said. “That’s how you can tell what it is. One of the reasons we are concerned about it (Tree of Heaven) is that it attracts spotted lantern flies, which are not yet in Michigan, and spotted lantern flies feed on fruit trees and grapes and a lot of important things for Michigan. .”

The Tree of Heaven cannot simply be cut, because then the roots will have new “sucker plants” growing on them and the plant will continue to spread, Sawicki said.

“You can’t make a cut stop,” she said. “You must kill it before removing it or you will get the suckers.”

A high-priority invasive species is Japanese knotweed, she said. The plant’s roots can go down about 15 feet and up to 60 feet from the plant you see, and if you cut or mow it, you’ll send up root suckers.

“Every place where there is a node, it can grow a new plant, and the roots have these nodes, so if you cut it, you will make it spread,” she said.

“It’s actually banned in Michigan, which means it was never eradicated,” she continued. “It’s a priority to get rid of it, because it’s an aggressive producer that can destroy infrastructure. If treated correctly, it can be pushed back 90-95% with the first treatment, then we can educate landowners on follow-up treatments.

Other examples of invasive species that landowners may not be aware of include lilacs and honeysuckle, Sawicki said.

“There are many lilac cultivars, and some of them are invasive,” she said. “Honeysuckle has two species that are native and others that are invasive. To tell if you have native or invasive honeysuckle, cut a clean cut on the branch and if it’s hollow, it’s invasive.

NCCISMA’s cost-sharing program is for high-priority regional species such as Japanese knotweed. NCCISMA staff will visit a property to assess the infestation and provide a quote for treatment. Treatments are carried out at cost price.

District coordinator Brook Baumann said it was a perfect example of why the Conservation District is so important.

“They’re here to educate the county about all kinds of things, and if we can educate people about these plants and how to avoid people thinking they’re helping but just moving it (the plant) and doing more, the more we can have that information out there, the fewer people we’ll have going through a situation where they think they’ve gotten rid of it but next year it’s back.

To learn more about invasive species and the program available to help local landowners, visit NorthCountryInvasives.org.